10 Social Media Sites You Need to Get Seen

These are just some of the words that we won’t otherwise have known if not for social media. Since the concept was first introduced in 1997, social media has slowly invaded the world. And it’s not slowing down anytime soon.

In fact, the number of social network users worldwide in 2018 is estimated to be at 2.62 billion. This is about three times more than 8 years ago and about 34% of the world’s current population. Young and old, male and female as long as you have access to the internet, then social media is just a few taps away.

This influence and accessibility makes it one of the most powerful tools of today’s marketers. Forget about thousand dollar TV ads or pamphlets that may or may not reach your target audience. Social media is the 21st century’s billboard and TV/radio/newspaper add all rolled into one.

For that, we crunched the numbers for you. Here are 12 social media sites that, according to a combination of statistics, have the most active users and engagement rate around the world. Use them to bolster your digital marketing efforts.

It started as a photo sharing app in 2010. After only 8 years in the market, it has garnered around a billion active users per month. The number of photos and videos uploaded per day reached more than a hundred million in 2018. Conversion rate for user content is also higher by about 4.5% as against other social media platforms.

Facebook is undoubtedly the most popular social networking app today.  As of the third quarter of 2018, more than 2 billion people are active on Facebook. That’s almost 30% of the world’s total population.

Almost 250 million North Americans have Facebook accounts. Most of them are males between 25-34 years old. Facebook pages also allow businesses to connect with customers for free.

More than 30 million people worldwide access Youtube daily and around 1.9 billion monthly. More than 5 billion videos have been shared as of 2018. It’s user base is mostly outside the US and 62% of them are males.

In the US, it is estimated that WhatsApp users will number to 23.4 million in 2019. 28% of male Americans who have access to the internet use this app while only 19% of their female counterparts do. It is especially popular with people ages 25-34.

This networking site first gained popularity in China and in other parts of East Asia. Since then, it’s user base has spread from Asia to North America and even Europe. This makes it the fastest growing social networking app in 2018.

In fact, it has surpassed Facebook, Instagram, Snapchat and Youtube in monthly installs. From 29.7% downloads in September, it has dramatically increased to 42.4% in a month’s time. It has around 500 million users worldwide composed mostly of teens and tweens.

Twitter users grow an average of 9% each year. It currently has more than 326 million monthly active users around the world. 80% of them are on mobile.

79% of the overall Twitter population are outside the US. Americans between the ages of 18-29 forms a large part of Twitter base in the US. The same is true for users around the world.

It’s estimated that 6% of internet users in the US have used or use Reddit in their spare time. This illustrates how popular this social networking platform is in the country.

Globally, it has a total 330 million users in 217 countries. It has an estimated 40 million searches and 2.8 million comments daily. Monthly post submissions average 11 million while native video views are at 1 billion.

A networking site aimed mostly for professionals and freelancers, Linkedin has grown to 590 million users as of December 2018. 44% of them visit the platform on a regular basis.

More than 10% of Linkedin users are senior level influencers while 6% occupy decision making positions. 13% of the total number of users are millennials aging from 15 to 34 years old. This makes it a popular choice for B2B marketers with 92% of them using Linkedin as one of their digital marketing platforms.

Like Skype, Snapchat has also carved a name for itself in the internet messaging stage. With 186 million active users per day, this social network registers an average user growth of 5% every year. 74% of its loyal followers are from North America and Europe. It’s also widely used in Ireland, Saudi Arabia and Sweden.

Over 250 million people use Pinterest every month. A large portion of them are millennials so the stereotype that its only for moms is not entirely true. Though women dominate the platform, an increasing number male users is also seen in the past few years.

Statistics also reveal that most of the users have attended college and are likely to have an above-average income.

We take online businesses and turn them into online empires by employing smart digital marketing strategies. Our team of experts are trained in a myriad of marketing skill including SEO to help you rank higher in search results, and ad management to ensure your message gets seen by the people you want. Need a business website that attracts business? We also specialize in website design and online sales optimization to help your business grow like never before. 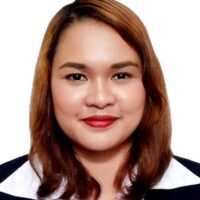 Judy Ponio is a professional writer and SEO specialist based in the Philippines. She works hard to cross check reputable sources to ensure her work uses accurate facts. She is the lead author for several prominent websites covering a variety of topics including law, health, nutrition, and more.

Find Top Searches on YouTube: A Complete Guide for Marketers

What Are Social Media Handles?

Our Most Popular Posts

The Five Stages of Adoption Process in Marketing

Our Most Recent Posts